Berlin Buzzwords is a conference on scalable search, data processing and NoSQL databases. It is co-organised by newthinking communications, Jan Lehnardt , Simon Willnauer and Isabel Drost.

Berlin Buzzwords opens its doors next Monday at 8:00am. As you may know, the conference is being organised by the program committee consisting of Jim Webber, Grant Ingersoll, Owen O’Malley, Sean Treadway, Simon Willnauer, Isabel Drost and Jan Lehnardt. In addition there are several people from newthinking communications involved in having the conference run as smooth as it does. Also this conference would not be as cool as it is without the help of a large number of volunteers setting up complimentary events, helping with session moderation, conference setup and tear down.

We would like to use this opportunity to publish some pictures and background information on the people behind Berlin Buzzwords - a hug to everyone involved: Without you this event would never be possible. If you have any questions or problems during the conference, don't hesitate to grab one of the following guys for help.

Responsible for the content of Berlin Buzzwords - they spent nights and nights reviewing the numerous submissions we got, rating and commenting each one. Thanks a lot for the work you put into assessing the quality of our submissions - it was a hard task that in the end resulted in a number of acceptance and decline mails being sent out to potential speakers. Thanks for being as objective as possible, thanks for providing comments to your ratings though they were optional. You made our life so much easier. 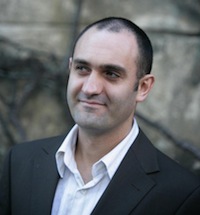 Dr. Jim Webber is Chief Scientist with Neo Technology the company behind the popular open sou rce graph database Neo4j, where he works on graph database server technology and writes open source software. Jim is interested in using big graphs like the Web for building distributed systems, which led him to being a co-author on the book REST in Practice, having previously written Developing Enterprise Web Services - An Architect's Guide. Jim is an active speaker, presenting regularly around the world. His blog is located at https://jimwebber.org and he tweets often @jimwebber. 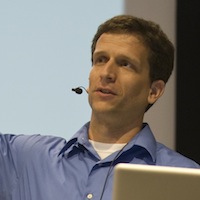 Grant Ingersoll is the creator of the Lucene Boot Camp training program, a regularly featured speaker at ApacheCon and other industry events. Grant has been an active member of the Lucene community & Lucene and Solr committer, co-founder of the Apache Mahout machine learning project, chairman of the Lucene Project Management Committee (PMC) as well as a Vice President at the Apache Software Foundation. Grant's prior experience includes work at the Center for Natural Language Processing at Syracuse University in natural language processing and information retrieval. Grant earned his B.S. from Amherst College in Math and Computer Science and his M.S. in Computer Science from Syracuse University, NY.

Owen O'Malley is a software architect who has worked exclusively on Hadoop since the project's start. He was the first committer added to Hadoop and was the original chair of the Hadoop Project Management Committee. Owen was the technology lead for both MapReduce and the project to add security to Hadoop. In 2009, he optimized Hadoop to set the record for the Terasort, Gray Sort, and Minute Sort benchmarks. In July 2011, he helped co-found Hortonworks, which is accelerating development and adoption of Hadoop for the enterprise. Before working on Hadoop, he worked on Yahoo Search'sWebMap project, which builds a graph of the known web and applies many heuristics to the entire graph that control search. Prior to Yahoo, he wandered between testing, static analysis, distributed configuration management, and software model checking. He received his PhD in Software Engineering from University of California, Irvine. 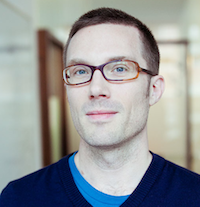 Sean currently heads the architectural evolution of SoundCloud backed by a diverse history of engineering and operating desktop, server and web applications. He tackles the challenges of scaling to multi-millions of users while maintaining rapid development at SoundCloud - a social sound platform for anyone to record, promote and share their sounds on all devices, including the web. 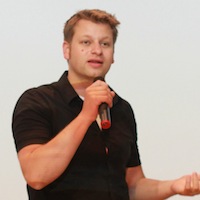 Simon Willnauer is the Apache Lucene PMC Chair, a Lucene core committer and Apache Software Foundation Member. He has been involved with Lucene and Solr since 2006 and has contributed to several other open source projects within and without the Apache Software Foundation. During the last couple of years he worked on design and implementation of scalable software systems and search infrastructure. His main interests are performance optimizations and concurrency. He studied Computer Science at the University of Applied Sciene Berlin. He is a member of technical staff atSearchWorkings and a co-founder of the BerlinBuzzwords conference on Scalability in June 2012 in Berlin (Germany).

Isabel Drost is member of the Apache Software Foundation. She is founder of the Berlin Buzzwords conference and the Apache Hadoop Get Together in Berlin, she also was co-organiser of the first European NoSQL meetup. Isabel co-founded and is an active committer of Apache Mahout. She is actively engaged with communities of several big data and search related Apache projects, e.g. Apache Lucene and Apache Hadoop. She is member of the Apache Community development PMC as well as mentor of the incubating projects Stanbol and OpenNLP. Isabel is regular speaker at renown conferences on topics related to free software development, scalability, Apache Lucene, Apache Hadoop and Apache Mahout. 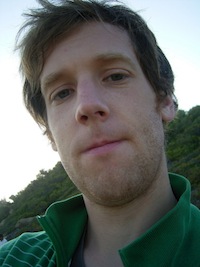 Jan Lehnardt is a co-founder of Couchbase, Committer and Project Chair of Apache CouchDB, open source developer, conference organiser and speaker. He’s a co-organiser of JSConf EU and a number of Berlin-based user groups. His interests are in distributed systems, databases, user interface design, communication, biking and drumming. He likes Erlang and JavaScript, emacs and telling people about awesome technology.

Berlin Buzzwords would not be possible without the helping hands ensuring that the conference runs as smooth as it does. Following we have listed a sub set of those people who remain mostly in the background booking hotel rooms, handling registration, talking to the press, taking care of sponsors, setting up the on-site WiFi.

Julia Gemählich is working fulltime as head of events for newthinking communications GmbH in Berlin and just finished her Bachelor Professional of Event Organisation (CCI). She is the main Buzzwords manager overseeing the conference budget, handling ticket requests and generally making sure the conference remains on-track. During Berlin Buzzwords she will be responsible for coordination and organisation. Should you have any questions concerning the conference, the evening event or general questions feel free to contact her.

Claudia Brückner is working as an Eventmanager at newthinking since August 2011. Her professionalbackground is within Design Thinking, Political Science and Cultural Studies.

During Berlin Buzzwords preparation she was the main conference manager making sure everything happened on time. She took care of our sponsors, helped out with keeping the Berlin Buzzwords web page up to date and co-ordinated all things related to the event.

Meet her at the registration desk or in the Buzzwords sessions. Claudia is the main point of contact if you have any questions, issues or troubles - she’s happy to receive any praise you have to share as well of course.

Anna-Lena König is working at newthinking communications as a project manager since December 2011, coordinating events like the Frismakers Festival and communicating online. She studied Congress and Event Management in Karlsruhe (Germany) and Nanaimo (Canada) and worked on different projects focusing on social media communications and events.

You may know Anna-Lena on Twitter as @blogbleistift or as @berlinbuzzwords. For Berlin Buzzwords 2012 she was and is responsible for news posts on our website as well as press releases and for staying in touch with the Berlin Buzzwords community on Twitter, Facebook, google+, LinkedIn and Xing.

Lara Fricke works part-time at newthinking since December 2011. Besides her work for newthinking shestudies economics with a key focus on tourism and event management.

Malte Reißig is an interactive graphic designer and works for newthinking since July 2011.

During Berlin Buzzwords he took care of the content management system developing new modules for session submission, evaluation, ranking and scheduling. In addition Malte was responsible for getting our wiki up online.

Helene Hahn is interning at newthinking since March 2012. She studies cultural sciences at European University Viadrina in Frankfurt (Oder). During the last years she co-organized different events such as “unithea” – a theatre festival.

During Berlin Buzzwords Helene made sure you find the session you want to attend: She made the Buzzwords schedule available online. In addition she updated the schedule on speaker changes.

Elisa Schulze is an eventmanager and working part-time at newthinking communications in Berlin. She is part of the Berlin Buzzwords team for the 2nd time and is responsible for accreditation and print material.

Meet her at the registration desk or in the evening event at PICKNICK Club.

Ulf Kypke-Burchardi is responsible for network connectivity at the conference location. If WiFi does not work for you, he is the guy to talk to. 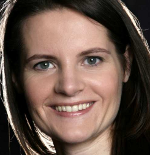 Sylvia Tomala works at newthinking communications amongst others as travel manager. During Berlin Buzzwords she is responsible for speaker support, accommodation and travel. 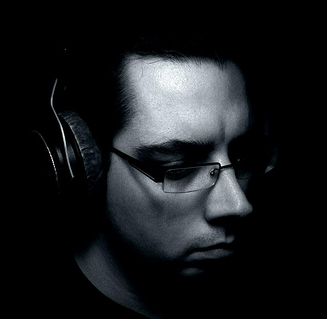 Philip Kaden is our Photoenthuisast documenting the Berlin Buzzwords conference. Being our official photographer you'll see him at Urania. Images are going to be posted after the conference and linked to from the official conference web page.

Martin Schmidt is independent event manager in Berlin. He's working as researcher in the field of cultural studies at Universität Potsdam. In his free time he likes mountains and podcasting. At Berlin Buzzwords Martin is responsible for recording the presentations. Videos are going to be posted online and made available for free one by one after the conference.

There are many other helping hands that facilitate Berlin Buzzwords: Thanks to our session chairs Thomas Bodner, Christoph Nagel, Fabian Blechschmidt, Max Heimel, Astro, Matthias L. Jugel, Florian Schilling, Maurice Wolter as well as to our hostess Amelie Drescher and host Paul Lier. Thank you also to everyone at Urania helping make this event successful.

The Barcamp is co-organised by Nick Burch and takes place at c-base.

Nick is passionate about open source and open development, and has been involved with the Apache Software Foundation since 2003. Nick is chair of the Apache POI project, and as a member of the ASF helps out with mentoring of new projects, and with community development. When not coding, Nick can often be found helping to run and speak at BarCamps, Geek Nights and technology conferences.

Meetups and Workshops after Berlin Buzzwords

To get people to stay in town longer we have asked several active committers and contributors to various projects to help us organise Meetups/ Hackathons/ Workshops as well as local companies and universities to host them. We'd like to use this space to say thank you to them as well.

On Wed/Thu/Fri we will have a huge list of community organised Hackathons and Workshops. Thank you goes to

Thank you to all of you helping us make Berlin Buzzwords more interesting by adding space and time for attendees to get an in-depth view of individual projects discussed during the main conference.

A final Thank You goes to Searchworkings and Cloudera for providing trainings to Berlin Buzzwords attendees on subjects relevant to the conference.