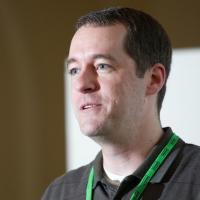 Sean joined Basho Technologies in March 2010 after three years as a freelance web developer, in the course of which he worked on numerous startups and open-source projects, including the popular Radiant content management system which is built with Ruby on Rails. Prior to that, he studied Music Theory and Composition at the graduate level and directed a chorus after receiving bachelors degrees in Computer Science and Music from the University of Tulsa.

Sean brings his practical experience in building scalable web applications, passion for educating others, and broad theoretical knowledge of technical topics to the role of Software Engineer. He can often be found speaking at conferences and other events on Riak, and enjoys playing the piano in his free time.