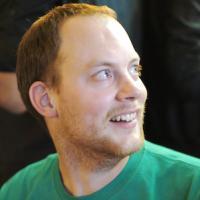 I've been building for the web for over 10 years, doing everything from web design and front-end development all the way through to back-end development.

I've worked with Javascript, Perl, PHP, Python, Ruby, various XML technologies. In my day-to-day work I mainly work with Ruby, Rails, HTML/CSS, and Javascript. I've been exploring various kinds of data storage techniques for years, trying everything from RDF stores, through conventional SQL RDBMS, KV stores and Document databases, and I was one of the organisers of the 2010 NoSQL Europe conference. Last year I organised the first History Hack Day.

Along the way I've co-written a book on CSS (Friends of Ed's Cascading Style Sheets: Separating Content from Presentation), which is currently in its second edition and has been translated into Italian and Spanish, led a software team at the BBC, and spent five of the last ten years running design- and development-focussed consultancies. Recently, I was part of the small development team which built the Alpha prototype of the UK Government's landmark https://www.gov.uk/ project.